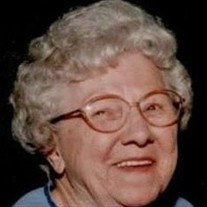 Mary E. Izzo Sloatsburg, New York: Mary Elizabeth Izzo (Dixon), a 75-year resident of Sloatsburg, died Monday June 10th at Catskill Regional Medical Center, Harris, New York after a long courageous journey with Progressive Supranuclear Palsy. She was born to James and Eva (Estabrook) Dixon, December 5, 1922 at the family's "Bonnieview" dairy farm in Ramsey, New Jersey. She married the late John H. Izzo of Sloatsburg, at Our Lady of Mt. Carmel Roman Catholic Church in Tuxedo, New York on April 25, 1943 and built their home next to the Izzo homestead on Washington and Sheridan Avenues in Sloatsburg. Mary attended Ramsey schools. She worked for Curtis Wright in Caldwell, New Jersey building aircraft during World War II as one of the organizations first women crane operators. She also worked for Avon products in Suffern before joining the Ramapo (Suffern) Central School District where she worked for more than 30 years in the School Lunch Program. Committed to community service throughout her life Mary joined the Sloatsburg Fire Department Ladies Auxiliary in 1946. At the time of her death, she was the longest serving member. She devoted hours of service to the Fire Department with John, and sister and brother in law, the late Gus and Mary Stritmater. Mary served the American Legion Auxiliary for 56 years as a Life Member. She was two- time Past President of Sloatsburg Unit 1643 where she led the Girls State Program. In 2016 she became a member of the Ruddick Trowbridge Unit 73 in Monticello. In April 2017 Mary was inducted as a member of the Daughters of the American Revolution Beaverkill Chapter honoring her 2nd great grandfather, Patriot John Cooper of Vernon, New Jersey. Mary was descended from the Ryerson and Dey families, who farmed and lived at the site of the World Trade Center. She was a communicant at St. Joan of Arc Church in Sloatsburg and volunteered for their June Fair and Communion Breakfast committees for many years. Mary was known for her strength and resilience as she supported her husband John through his devastating motorcycle accident in October 1943 shortly after they were married. Known as a steadfast friend and servant to all people in need, Mary helped countless people with many selfless acts of kindness; be it driving folks to Doctors appointments, cooking meals for families, and working to make sure family members and friends who needed her were supported with her presence and strength during the toughest times in their lives. She was a gifted crochet enthusiast, a wonderful cook, and homemaker. A steadfast fan of Suffern High School Hockey, she spent hours traveling and watching her Grandson Jim help lead the Mounties to two New York State Championship Victories with his teammates as a player in 1992 and later as a Coach in 2012. She was a devoted fan of the New York Yankees. During her illness, Mary appreciated those family members and friends who faithfully remembered her, visited her, and advocated for her. Mary is survived by her daughter Mariann Cheney and son in law Ralph of Swinging Bridge Lake, Monticello; son Joseph of Monroe, her cherished Grandchildren James E. Flament, Jr. and his wife Allison (Levine), and Mary's pride and joy; great-granddaughters Sadie Jane and Piper June all of Sloatsburg. She is survived by many loving nieces and nephews and great nieces and nephews. A lover of animals, Mary is also survived by her great-granddogs, the Labradors: Ace, Caroline, Holly, Dina and Rosie. Mary was predeceased by many family members including her husband John (January 1990); her beloved daughter Janice E. Flament, RN (March 1997) and her husband Lt. James Flament, Sr. of Sloatsburg (March 2005); and brothers Eugene (Carrie) of Winthrop ME; David (Dorothy) of Ramsey NJ; Edwin Allen (Elsie) of Darlington, NJ; James Ingram (Bertha) of Sussex, NJ; William Joseph (Mary) of Allendale, NJ, and sister Margaret (Francis) Mooney of Mahwah, NJ. Her beloved nieces and nephews predeceased her- Margaret (Peggy) Kennedy Chestertown, NY; Kimberly Stritmater Durkin, Sloatsburg, Joseph Stritmater, Sloatsburg, Drinda Hudak, Waldwick, NJ, Nancy Dixon, Washington Twp, NJ and Edwin Dixon of Mahwah. Friends may call on Thursday June 13th from 2-4 and 7-9 at the Scarr Funeral Home, 160 Orange Avenue Suffern. Mass of the Christian Burial will be held 10:00 am at St. Joan of Arc Roman Catholic Church Eagle Valley Road Sloatsburg with interment at the family plot immediately following at Maryrest Cemetery Mahwah, NJ. Donations may be made to either the Jersey Skylands Labrador Retriever Club c/o Fran Pidgeon 6 Natale Dr Sparta, NJ 07871 or The ACE Endowment c/o Access: Supports for Living 15 Fortune Road West Middletown, NY 10941. The JSLRC promotes the welfare and health of Labrador Retrievers. The Endowment supports the learning of the employees of Access to provide world class care with compassion, dignity, and respect to serve people with intellectual and developmental disabilities and those with mental health challenges. Thursday, June 13, 2019 2:00 PM - 4:00 PM Thursday, June 13, 2019 7:00 PM - 9:00 PM Friday, June 14, 2019 10:00 AM - 10:45 AM

The family of Mary E. Izzo created this Life Tributes page to make it easy to share your memories.

Send flowers to the Izzo family.