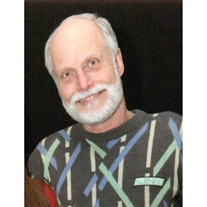 Hank (Henry) Bakker, a resident of Sloatsburg, NY for approximately 63 years, passed away on Friday, November 1, 2019 at the age of 67. He was born on December 3, 1951 in Sussex, NJ to Charles J. Bakker and Elizabeth (Abma) Bakker. Hank graduated from Suffern High School in Suffern, NY in 1969 and Ramapo College, Mahwah, NJ, on January, 1983, with a BS in Business Administration and Psychology. He enlisted in the Army National Guard of New Jersey on December 31, 1970, served 7 years, and was honorably discharged on December 30th, 1977, as a Sergeant. He started out in the car repair field and switched to business management, beginning as a quality control manager. Later on in life he became a warehouse manager and was last employed by Ikohe Inc. of Mahwah, NJ, as general manager. Hank was very involved in his church, New Hope Christian Church, in Monsey, NY, beginning in early childhood. During his late teens he became a deacon at New Hope (then named Monsey Church) and then later an elder. Also as a young adult, he headed up the youth program at New Hope Church and, throughout his life, helped with the maintenance and upkeep of New Hope's church and parsonage along with his eldership duties. Hank loved people and was a very compassionate, generous, and gentle man. His hobbies included boating, water and snow skiing, and most of all, collecting and refurbishing used boats, cars, and trucks. He sacrificially gave much to help family, friends, neighbors, and people in need. Hank was predeceased by his parents and his brother, Lieutenant Jerry Bakker of the Ramapo Police department. Jerry's surviving wife is Maryann Bakker of Goshen, NY. He is survived by his wife of 36 years, Eileen (Price) Bakker, his three sons, Bruce Bakker, Joshua Bakker, and Christopher Bakker, his brothers Chuck Bakker of Weeki Wachee, FL (Chuck's wife, Donna Bakker) and Garry Bakker of Sloatsburg, NY (Garry's wife, Margaret Bakker), sister, Teri TenCate of Tecumseh, MI (Teri's husband, Bernard TenCate), a number of cousins, nieces, nephews, and many friends. In lieu of flowers, donations in Hank's Memory, may be made to International Christian Fellowship, 506 Haverstraw Road, Suffern, NY 10901.

Hank (Henry) Bakker, a resident of Sloatsburg, NY for approximately 63 years, passed away on Friday, November 1, 2019 at the age of 67. He was born on December 3, 1951 in Sussex, NJ to Charles J. Bakker and Elizabeth (Abma) Bakker. Hank graduated... View Obituary & Service Information

The family of Henry F Bakker created this Life Tributes page to make it easy to share your memories.

Hank (Henry) Bakker, a resident of Sloatsburg, NY for approximately...

Send flowers to the Bakker family.